Laura Dundovic was crowned Miss Universe Australia 2008, and after coming in the top ten in the world pageant, has become one of Australia's most popular celebrities. Laura has gone on to build a successful career as a TV presenter and MC.

Dundovic was recently appointed by Kayser Lingerie to act as MC at the fashion launch of their new range. Her role included interacting with the passing crowd, playing games and handing out prizes.

She was also MC at the Might & Power charity race day in front of a crowd of over 1,000.

Laura is in demand as an ambassador and fashion judge. Dundovic's experience as a state public speaking finalist and debater during her school years stands her in good stead today as an MC for your next corporate event

She is the presenter of Foxtel's runaway ratings success Dating in the Dark and a Myer Fashion Ambassador.

For several seasons in a row Laura has also been the face of one of Australia's leading fashion designers, Charlie Brown, as well as for international label, Steve Madden. 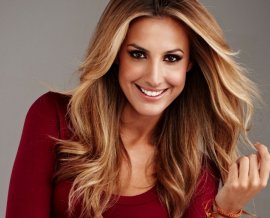