Larry Emdur has been nominated twice for the People's Choice "Most Popular Host" and twice for a Logie, Larry is one of the corporate world's favourite Master of Ceremonies.  Larry has worked on a multitude of programs across all television networks including, Good Morning Australia, The Midday Show, Tonight Live, Hey Hey It's Saturday, It Takes Two, Sunrise and Weekend Sunrise. Larry Emdur is instantly recognisable due to his popular reign as the host of  The Price Is Right on Channel Nine and  Wheel of Fortune on Channel Seven.

Along with his passion for television,  Emdur is also passionate about film and has completed a screen writers’ course in LA.  His first feature film script is based on the wacky world of game shows.

As a Master of Ceremonies, Corporate Host and Moderator, Larry has a truly unique appeal and is in constant demand. 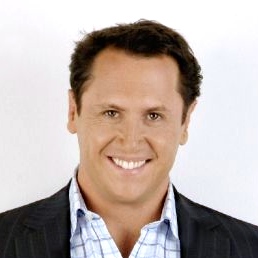