As a highly experienced and successful MC, TV presenter, radio host and film critic, James Mathison has cemented himself within Australian media.

Shooting to fame as the co-host of Australian Idol in 2003, James went on to host three ARIA Awards. Known for his quick wit, charm, comedic abilities and talent, James uses his natural skills and previous experiences to produce an entertaining event presentation.

In 2009, James explored other opportunities, eventually landing his own music show on Nova 96.9FM, as well as a correspondent role on The 7PM Project. James also co-hosted The League Lounge on Fox Sports and reviewed films on The FOXTEL Movie Show and Seven's Weekend Sunrise.

With impressive skills combined with his personality, James is the ideal corporate MC for any event. 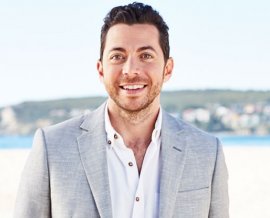