One of Australia's most experienced and highly respected TV journalists and interviewers.

Helen Dalley is a Walkley Award-winning journalist and one of Australia's most experienced and highly respected TV journalists and interviewers.

Helen also co-anchored several of Sky's Federal Election coverages, from 2007 and she was part of the national coverage of the 2010 and 2013 Federal Elections, as well as the Federal Budget coverage.

Helen has interviewed many business and political leaders, including Australian Prime Ministers, and former British Prime Minister Tony Blair, in 2011.

An award-winning television journalist, she was with the Nine Network for two decades before joining Sky News. As a senior reporter and alternate host on the well-regarded, award-winning Sunday program for 16 years, Helen's outstanding reporting and interviewing for the network was acknowledged with a prestigious Walkley Award in 1999, for Broadcast Interviewing, with the judges commending her versatility and the wide range of stories she covered.

Helen was a host of the 9 Network's rolling coverage of the 2003 invasion of Iraq and the aftermath of the 9/11, 2001 attacks on New York and Washington.

A founding member of Nine's Business Sunday show as a reporter and occasional presenter, as a finance journalist Helen interviewed business leaders, economists and senior politicians about the economy.

She also hosted Today, A Current Affair - Summer Edition, Today On Saturday and Nightline during her time with the Nine Network, as well as playing a major role in Nine's federal and state election coverage, both as a panel interviewer and reporter. 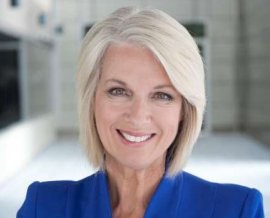