Provides a masterful performance as MC or Host - and does it seemingly with ease.

As an actor, host and triathlete, Daniel MacPherson is a natural performer. After being discovered whilst competing in a triathlon, Daniel became well known for his role as Joel Samuels in ‘Neighbours’. It was in this role that he received a Logie award for Most Popular New Male Talent.

In 2002, Daniel moved to London, starring in the musical ‘Godspell’, alternating as the lead role. He then went on to star in British television program ‘the Bill’.

Daniel’s career has taken him across the globe and seen him star in an array of stage and screen shows, including ‘Tripping Over’, ‘Blackjack’, ‘City Homicide’, as well as host ‘The X Factor’ in 2005.

An avid marathon and triathlon athlete, Daniel not only uses the competition as a way to stay healthy, but as a way to raise money for important charities and causes close to his heart. 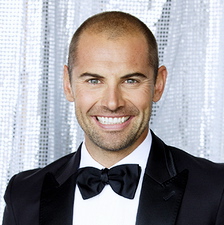