As an Author, Columnist, Corporate Coach, Radio Broadcaster and TV Presenter, there isn’t much Andrew Daddo hasn’t had a go at. He can step in as an MC or Host for your event, providing humour, intellect and reiterating the key points from speakers.

For the past 24 years, Andrew has worked as a television presenter, co-hosting ‘The Factory’ and ‘This Afternoon’ as well as hosting ‘Countdown Revolution’ and ‘The One’. He has also been a dedicated presenter on the Seven Network for a variety of programs. In 2009, Andrew narrated that year’s season of ‘The Apprentice Australia’ and since 2010 has narrated ‘RBT: Random Breath Testing’. In 2015, he entered the African jungle as a contestant on Chanel Ten’s ‘I’m a Celebrity…Get Me Out of Here’.

Aside from television, Andrew has authored 18 books and has a regular column in Australian Golf Digest and Sydney’s Sun-Herald. He is also a popular radio host, presenting the evening program for Sydney’s 703ABC Radio, Canberra’s 666 and hosting summer afternoons on 2UE.

In 2009, he joined Lighthouse Corporate Coaching as a presentation skills trainer and communication coach.

Experienced and confident, it is no surprise that Andrew has acted as MC and host for major events for a range of companies including the Australian Designer Collection, WA Fashion Award, People’s Choice Award, Tasmanian Award and the International Advertising Awards (Cannes Festival), as well as many others.

Andrew Daddo is a fantastic speaker for any event. He can step in as host or MC, providing an entertaining and professional service. He is also available to go to school to talk about his early childhood books, discussing characters and how he wrote those stories. 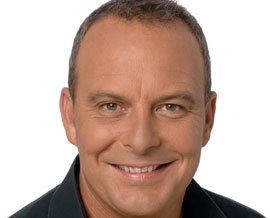