Alice Fraser is a performer, writer and comedian. As an ex-lawyer and academic, she combines her intellect to produce a presentation that is described as humorous, intelligent, witty, interesting and charming. Alice can step in as an after-dinner entertainer, comedian or MC/host for a wide variety of events.

Studying law at Sydney university, Alice was involved in the Improvised Comedy scene and the Faculty Revues, where she spent over 5 years writing, directing, producing and performing in various shows.

During her Masters in English Literature at Cambridge, she continued sketch comedy writing and performing in the Cambridge Footlights. Alice continued stand-up comedy during her spare time as she attended an internship at a bank before having a brief career as a lawyer.

Alice has written jokes for Channel Ten’s ‘The Project’ and the news radio show ‘A Rational Fear’, whilst also contributing regular columns for SBS Comedy and The Chaser Quarterly. She has also appeared in BBC Radio 4, Radio National and co-hosted ‘Tracksuits’ on FBi radio.

A hilarious addition to your event, Alice Fraser makes every audience she is put in front of laugh until their stomachs hurt. Her warm energy is contagious leaving audiences in a fantastic mood, ensuring your event is remembered long after its conclusion. 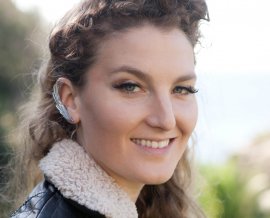