A fantastic and suitable MC and Host for any event

With a recognisable voice and personality, Abby Coleman can be heard on radio stations and seen on televisions across the country. She is a fantastic and suitable MC and Host for a wide range of events.

In 2000, she was runner up on the first reality show to come to Australia, Channel Seven's 'The Mole'. After completing several radio and television interviews about the program, Abby was asked by Austereo to be a Black Thunder Pilot and on-air Gossip Girl.

Abby is also a successful actress, performing the lead roles in several plays including 'The Importance of Being Earnest, 'A Streetcar Named Desire' and 'Macbeth' as well as starring in commercials for Australian Central Credit Union, Jacobs Creek, Cannon and Greater Union and many short films.

In 2009, she started work as the afternoon announcer at SAFM Adelaide, as well as presenting the gossip segments and filling in for Amber Petty in the breakfast role during the show’s holidays.

Abby Coleman is the ideal host or MC for events, bringing her knowledge and experience along to produce a smoothly run event that everyone will remember. 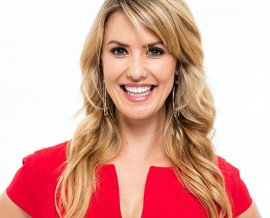