Motivating and inspiring audiences with an incredible story

Nina began her career in the UK in the Leicestershire Constabulary. She displayed tenacity and determination in her Police role with an interest in protection for dignitaries, child protection, undercover operations, surveillance and investigations. She worked on cases that involved kidnapping, murders, rapes, drugs raids, vice and deception.

She was the recipient of four commendations that she received in her role as a detective in CID and major crime. After 15 years in Policing Nina decided to explore her media skills and joined Leicester Sound FM Radio as a breakfast presenter. Determined to make the move to TV, Nina walked the streets of London to every TV scout asking to be considered for a role in TV and was refused by all but one who saw her potential.

Through hard work and determination, Nina made her break into TV as the presenter of a number of programs often with a controversial topic. It made sense to take her detective skills to television where she has put her training and experience in surveillance, interrogation and informant-running to good use in broadcast investigation and journalism. The most noted documentary being Undercover Copper, exposing corruption in the UK Police Force. This led to a further hit series Undercover Mumworking undercover to reveal organisations and individuals harming UK kids. An accolade to Nina’s work was a nomination for UK Woman of the year in 2006. Her unprecedented behind-the-scenes footage in Undercover Copper resulted in a number of award nominations including a BAFTA nomination.

In 2008, Nina and her family relocated to Perth Western Australia where Nina became the Owner, and Executive Director of the highly successful investigations and security company which she sold in 2016. In 2014 Nina was one of 6 finalists of her category in the Telstra Woman Business Awardsand the company was also a finalist in the small business category of the Telstra Business Awards.

In 2011, with a passion to help communities teach the next generation a way to stay safe on the internet, Nina created Space Safe Kidz, a unique and innovative project made by the students for the students. This project, which she sold in 2016 was adopted in a number of schools and Nina has the aspiration to teach all students and parents in this ever growing mine field. She is currently updating and relaunching her cyber safety business again targeting students, teacher and parents.

In an every changing world with new technology always on the horizon Nina is able to provide practical advice on how to keep your company and your assets safe and secure.

When you travel are you aware of the risks that you take or even just going about  your day to day business, do you ever stop and give your own or your companies security a second thought.  The answer to that would be no.  You don’t have to be a board director to be a target or to be a security risk and that is something that is very often forgotten.  What would be found if a digital footprint was conducted on you?  Does anyone even know what a digital footprint is?

Nina helps provide some easy can do tips and adds some helpful hints in a none corporate manner with a pinch of humor and an occasional surprise to help you change the mindset of you and your personnel that it wont just ‘be right because it’s  Australia’.

Nina is on a couple of boards for non for profit organisations and her passion for Save the Rhino has taken her on many adventures in Africa, running surveillance operations and working on the front line, risking life and limb to help protect these beautiful creatures.

Nina has caught the attention of a number of event organiser’s recognising the impact of Nina’s story as an inspirational speaker. You have to hear Nina’s story to believe it. Her professional, enthusiastic and real life experiences inspire and motivate you as her talks make you laugh, cry and realise that we can all achieve so much. 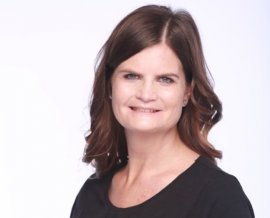