As an award-winning entrepreneur, technologist and lecturer, Matt Barrie was named BRW Entrepreneur of the Year in 2011. As previous founder and CEO of Sensory Networks Inc, Matt worked within high performance network security processors.

Matt is also an Adjunct Associate Professor at the University of Sydney within the Department of Electrical and Information Engineering, where he has taught both Cryptography and Technology Entrepreneurship.

As a speaker, Matt has been featured at an array of events including the Summit Series. In 2012, he was selected to be a featured speaker at South by Southwest in Texas, which is one of the world‘s largest interactive, music, film and technology festivals.

His writings have been published in the New York Times, Bloomberg TV, The Wall Street Journal, TechCrunch, The Atlantic, Switzer, BRW and The Economist.

Matt has also been awarded for his significant contribution, including the State Pearcey Award, BRW Entrepreneur of the Year, as well as been named as one of the top 11 influential Australians in IT.

Regularly invited to speak at some of the globes leading entrepreneurship, internet and business conferences, Matt is an in demand speaker. 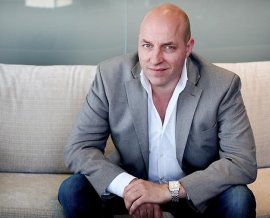