Dr Paul Twomey is the founder of Argo P@cific, a high-level international advisory firm which assists companies to build and grow global internet and technology-businesses. With very strong links with the leaders of the Internet business and technical community in the US, Europe and the Asia Pacific, Argo P@cific works with both Fortune 500 companies and start-ups to build international businesses and strategic alliances.

Dr Twomey has a diverse background in senior management in both the private and public sectors. He was a special consultant to several Ministers in the Keating and Howard Governments.

During his time in the public sector Dr Twomey also represented Australia at international fora, such as the World Trade Organisation, the OECD and APEC, to ensure that Australia's interests were promoted during the current formation of the rules and regulations of the international information economy. In this context he had very close, high level relationships with the Whitehouse, the European Commission, the British Cabinet Office, the French Prime Minister's office and many governments in APEC.

Dr Twomey is a co-founder of Leagle Inc dedicated to making legal content and the knowledge contained therein more accessible and discoverable than ever before – anytime, anywhere, for anyone, through innovative, relevant, web-based and mobile-media solutions. He also founded Privacy Solutions Asia Pacific a company specializing in the provision of specialized consultancy services and technologies to enhance privacy and data security.

Dr Twomey has been closely involved with the international reform of the Internet's technical rule making as Chair of the Governmental Advisory Committee for the Internet Corporation for Assigned Names and Numbers (ICANN). Dr Twomey was one of the founding fathers of ICANN, an international not-for-profit entity charged with technical and policy coordination of the Internet protocol, address and domain name functions.  In recognition of Dr Twomey's role in ICANN and his international influence on internet and e-commerce issues with foreign governments, the Australian government appointed him its Special Representative for the Internet and ICANN.

In an indication of the importance of ICANN’s role, the International Herald Tribune and the New York Times have described Dr Twomey as “The Internet’s Chief Operating Officer.”

Dr Twomey also served from March 2003 to June 2009 as President and CEO of ICANN.   He served as Senior President until January 2010.

ICANN coordinates the global system by which over 1.5 billion users of the Internet find their way around the Internet, in particular the Internet's system of unique identifiers and a related set of databases that tell computers how to route e-mail, chat messages and Web traffic. These include domain names (like .com, .org, .net and country codes like .uk, .au and .de), as well as the addresses used in a variety of Internet protocols. Computers use these identifiers to reach each other over the Internet. ICANN also coordinates the root servers at the core of the Internet.  Careful management of these resources is vital to the Internet's operation, and its ongoing security and stability. ICANN's work ensures that nearly 250,000 interconnected private networks act as a single Internet.

Managing Intellectual Property has named Dr Twomey as one of the 100 most influential people on global intellectual property issues.

The Bulletin magazine named Dr Twomey as one of the “Smart 100” Australians in 2005.

Dr Twomey has been featured by Japan's Nikkei newspaper as one of the key international figures influencing the process of globalisation.

Prior to his appointment as CEO of NOIE, Dr Twomey was Executive General Manager, Europe of Austrade - the Australian Trade Commission. In this position he was the leader of Austrade's Global Information Technology and Telecommunications Network, assisting Australia's IT&T firms to market their products and services to key European, American and Asian markets.

Dr Twomey has also been a consultant with the global management consultancy McKinsey & Company. In this role he advised major corporations primarily from the telecommunications, financial service and tourism sectors in Australia, the United States, Japan and Hong Kong. 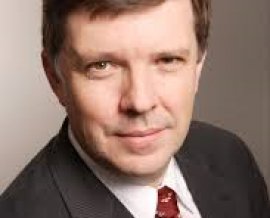