One of Australia’s most loved television personalities

One of Australia’s most loved personalities, Sally Obermeder is the co-host of Channel 7’s afternoon show The Daily Edition. Launched in June 2013, the show is an exciting combination of breaking news, live interviews and entertainment updates. The live panel show airs weekdays at 2pm.

Sally joined the Shake It Up Team as an ambassador with her co host, Tom Williams, after meeting Clyde Campbell a number of times on the show and learning of the far reaching impact Parkinson’s has on the lives of over 70,000 Aussie families.

No stranger to Australian television audiences, from 2008 – 2013 Sally was the National Entertainment and Lifestyle Reporter for the network’s evening current affairs show Today Tonight. Interviewing some of the biggest names in music and movies, Sally counts Angelina Jolie, Beyoncé and Hugh Jackman as her favourites.

Joining the Seven Network in 2005, Sally was a presenter for Sydney Weekender, where she became the show’s food, fashion and shopping guru.

Sally danced her way in to Australian hearts after appearing on Dancing with the Stars in 2013, and she was the host of the network’s holiday special 12 Ways to Christmas in 2014. Sally also appears regularly on Sunrise and The Morning Show.

2011 saw the birth of Sally and her husband Marcus’s first child, Annabelle Grace. Only days before her expected delivery, Sally discovered the horrific news that she had a rare and aggressive type of breast cancer. Sally then spent the next 12 months undergoing intensive chemotherapy and radiation. She underwent surgery and a reconstruction in 2012 and is currently continuing her recovery to full health after being given the all clear in October.

In November 2012, Sally launched her new lifestyle blog, swiish.com.au. Fuelled by a desire to share information and advice for a fabulous and affordable life, SWIISH stands for stylish women inspiring inner strength, health and happiness, – all things which Sally is extremely passionate about. The blog covers a range of lifestyle categories including fashion, beauty, health, home, family and travel. With such a strong following, Sally’s blog has unsurprisingly become the go-to guide for all things fabulous and affordable. In a short amount of time SWIISH has developed a significant and loyal following of women across the country, who look to Sally for advice and information across the lifestyle spectrum. The SWIISH online store was launched in April 2015.

A bestselling author, Sally’s book Never Stop Believing was released in April 2013, through Allen & Unwin. Sally shares her truly inspiring story of triumph over almost unbeatable odds in a wonderfully warm, funny and honest memoir about her struggle to succeed in the cut-throat world of commercial television and her courageous battle with cancer.

Highly regarded as an accomplished public speaker, Sally is sought after as Master of Ceremonies for awards nights, fashion launches and corporate functions. She’s worked with Westfield, Myer’s ‘Fashions on the Field’ and The Australian Tourism Association, amongst many others.

As a spokesperson and ambassador, Sally has worked with Bio-Oil, VOLVO, and Westfield, as their national Style Ambassador (2013). She is currently an ambassador for AVON’s Beauty for a Purpose campaign, and is working closely with their Breast Cancer Crusade.

An incredibly passionate and charitable person, Sally is an ambassador for National Breast Cancer Foundation and The Sony Foundation. She also works with the Breast Cancer Network of Australia and The Nelune Foundation.

In addition, Sally has launched a charitable initiative – wish by SWIISH – where together with her team at SWIISH they try to bring a little joy and happiness into the lives of breast and ovarian cancer sufferers, by turning their wishes into reality.

Sally’s book Super Green Smoothies (co-authored with her sister Maha Koraiem) was released through Allen & Unwin on April 22 2015. Now in its 8th reprint, Super Green Smoothies is Australia’s #1 bestselling smoothie book, and was the 3rd highest-selling non-fiction book of 2015. In 2016, the sisters released another cookbook titled 'The Good Life'.

Sally Obermeder was the recipient of the prestigious Readers’ Choice Award at the InStyle and Audi Women of Style Awards, 2017 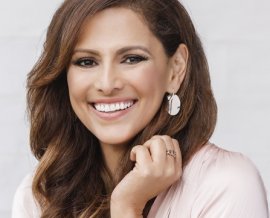