Tim is the founder and Chief Happiness Officer of The Happiness Institute, Australia's first and largest organisation solely dedicated to enhancing happiness in individuals and organisations. Also known as Dr Happy, he is at the forefront of the positive psychology movement.

Tim is incredibly passionate about enhancing happiness at work and promoting healthy living via positive psychology principles. He has an impressive record as an academic, clinician and coach with three degrees in psychology (including a PhD). Tim has taught in all the major universities in New South Wales. He is also an Adjunct Professor of Positive Psychology at UTS and RMIT University.

An internationally renowned leader in Positive Psychology, Tim is also a highly sought-after speaker, consultant and author. He has worked with numerous organisations such as Twitter, Dyson, Ernst & Young, Coca Cola and Westpac.

As a speaker, Tim delivers impactful and engaging keynotes, covering topics such as resilience, coping with change and applications of positive psychology. He teaches his audience about the fundamentals of a happier existence. He offers practical tools to create real and lasting change. Tim has appeared in both local and international media, including Sunrise, The Morning Show, The Herald Sun, Today, the SMH and Women's Health.

A best-selling author, Tim has been a regular contributor to the Sydney Morning Herald and has collaborated with brands and helped shape campaigns for companies such as AMP, Tip Top, Officeworks, Fitness First and Jenny Craig. He also regularly writes a column for HIF's Healthy Lifestyle Blog.

With unparalleled success in the academic, professional and business fields, Tim's accomplishments were recognised in 2008 by the Australian Davos Connection when he received a Future Leader Award.

Building A Positive Organisational Culture
Creating Collaborative Teams
Developing Optimism
Faults, Failings and F Ups: A perfect recipe for success and happiness
Have you ever made a mistake? Have you ever failed at something? More to the point, who has not? We all have, including many famous and successful people, so why then do we resist this reality so determinedly? What if we could not just accept but really embrace our faults, failings and f ups to enjoy more happiness and success in life. Perhaps we will never be really happy until we do.
Habits for Happiness
Dr Tim Sharp aka Dr Happy has completed 3 degrees in psychology following which he has worked as a therapist, academic and researcher for more than a decade. It is safe to say there is not much he does not know about human behaviour, especially happiness, and how to help others. However for all of his adult life, Dr Tim Sharp has also endured his own lived experience of ill mental health. In this presentation Tim shares his story, from a personal and professional perspective, and all he has learned about happiness, mental health, resilience, thriving and flourishing, whilst highlighting the strategies workplaces can use to support their teams
Happiness at work…and beyond
Happiness, Health And Wellbeing
Identifying And Utilising Key Strengths
Improving Performance And Productivity Through Positivity
Resilience – Thriving Through Difficult Times Rather Than Just Surviving 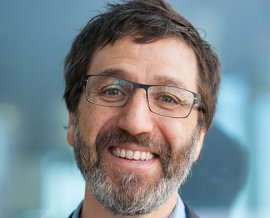