Technology journalist, magazine editor and founder of The Gadget Group

He’s been a regular at Seven for over 5 years appearing 3-4 times per week on Seven’s Sunrise, The Morning Show, Daily Edition, Seven Nightly News and Kochie’s Business Builders.

A long-standing technology journalist, magazine editor and a founder of tech-specialist agency The Gadget Group, Val has built a career knowing exactly what the latest tools and toys are for are for businesses and consumers, and whether they’re worth all the fuss.

He’s launched and edited technology magazines in Europe, the Middle East and Asia Pacific, and travelled all over the world to cover technology’s biggest breaking stories and product launches, and regularly attends tech shows in the US, Europe and Asia.

Val is a small business man himself, with a staff of 10 and an office based in Sydney, so knows exactly how to get the best out of the tools available.

Val started his career nearly 20 years ago when he moved from Canada to London to launch the UK’s biggest technology magazine, PC Pro. Val moved to Australia in 1997 to launch PC Authority, Australia’s fastest growing technology magazine, and served as Editorial Director across a range of technology titles, as well as being a regular freelance contributor to major newspapers. Val has been living in Sydney for the past 17 years. 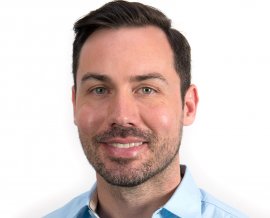