Professor Sohail Inayatullah has been writing in the area of future studies for over 30 years. Regarded by his peers as one of the leading 'futurists' in the world, he conducts research into alternative futures with a specific interest in examining non-western futures.

A leading political scientist and futurist, he presents on futures thinking, strategy development, innovation and foresight, and bio-securities futures around the world, including at the Hague, MBS-Mt Eliza Executive Education, Macquarie University, Tamkang University (Taiwan), and for other leading institutions across Asia. In 2013, he delivered a talk on causal layered analysis for TEDxNoosa.

Professor Sohail Inayatullah is a political scientist/futurist in residence at the Graduate Institute of Futures Studies, Tamkang University, Taiwan; the Centre for Policing, Intelligence and Counter-Terrorism, Macquarie University, Sydney; and the University of the Sunshine Coast, Sippy Downs. In 1999, he held the Unesco Chair at the University of Trier, Germany, and the David Sutton Fellowship with the International Management Centres. He was awarded an honorary doctorate from the Universiti Sains Malaysia, Penang in March 2011. 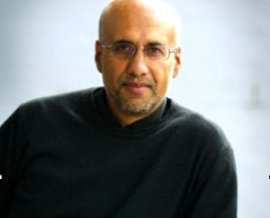