Rosemary Vilgan can be described as an innovator, productive leader and an inspiration for women worldwide. She has facilitated change within her own company and speaks passionately about recognising how it can assist. Her presentations are intriguing and educational as she speaks about her own challenges as a woman in the workforce.

In 1998, Rosemary was appointed as CEO of QSuper, one of the world’s largest pension fund companies. Within her position, which was held for seventeen years, she managed to transform the public-sector superannuation fund to an award-winning financial services business.

Renowned for pursuing many innovations whilst CEO, in 2000 Rosemary assisted the company to achieve superannuation equity for Queensland Government workers, which benefitted over 80,000 people, many of whom where women. Nine years later she was awarded with a Life Membership of the Association of Superannuation Funs of Australia. In 2013, Rosemary was titled Telstra’s Australian Business Woman of the Year and won the Telstra Business Innovation Award for Queensland.

Two years later she won a Global Innovation Award from Pensions and Investment Magazine for her adaptive thinking when she watched as the GFC devastated her customers. She aided them by designing a new product that would customise their savings to their age, account balance and their economic environment, a program to which she managed to transition 400,000 customers over to. In 2014, QSuper was awarded the Australian HR Award Employer of Choice (Public Sector and NFP).

As well as her tremendous work as CEO, Rosemary is also a Member of the Council and a Member of the Audit and Risk Management Committee for the Queensland University of Technology, which she chaired for nearly a decade. In 2015, Vilgan was awarded with an honorary Doctorate from the University for her services.

Vilgan was previously elected as Director of the Association of Superannuation Funds of Australia (ASFA), the first female and youngest person ever, spending six years as Chairman of the board and now being a Fellow. She has also held past directorships on the South Bank Corporation, Australian Council of Superannuation Investors and the International Centre for Pension Management.

Drawing on her own tribulations and triumphs is what sets Rosemary Vilgan aside from other business speakers, as she uses the lessons she has learnt and teaches them to her audience. She covers a broad range of topics from diversity to customer service as well as innovation and passion. 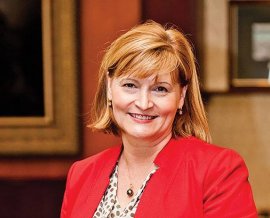