Singer and songwriter with a dynamic range and explosive vocals

Boasting a dynamic range, explosive vocals and powerful performances, Rachael Leahcar was destined to succeed in the music industry.

In 2012, Rachael was a featured act on The Voice, with her blind audition drawing in a record-breaking television audience. Her performance stunned audiences and proved that, although legally blind, Rachael doesn’t let anything hold her back.

Her music career hasn’t slowed down since then, with Rachael releasing three Top 10 ARIA charting albums, touring across Australia, as well as travelling to Italy to sing alongside Andrea Bocelli’s orchestra,

Bolder than ever, Rachael uses her music to expose her vulnerabilities, fear and regrets, all whilst sharing her message of determination and resilience. 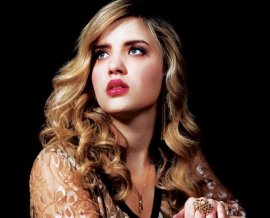