Gary Pinto has been described as a rare talent who touches the hearts of everyone he performs in front of. Regularly receiving standing ovations for his performances, Gary is an incredible performer who brings a touch of class to any event.

Combining a wide range of styles and cultures into his music, he produces unique and compelling songs with strong lyrics.

His musical background includes fronting CDB, a multi-platinum selling band who are regarded widely as pioneers of R&B music in Australia. CDB’s first album debuted ahead of Madonna and The Beatle Anthology album. Gary has released two albums through Sony Music and toured throughout Australia, Asia and the Pacific. He has even performed alongside John Denver in Seoul Korea to a live audience of 100,000 and a television audience of 77 million.

Ensuring a socially relevant undertone within his songs, Gary Pinto works to convey feelings of hope, compassion and love to his audience. An excellent choice for a feature event, he delivers a professional and moving performance that stays with audiences. 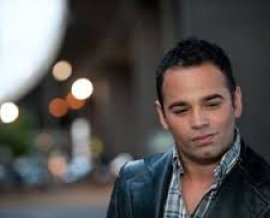