An integral part of the Aussie indie music story

Having been over twenty years since Triple J unearthed Killing Heidi, Ella and Jesse Hooper have been embraced by the Australian public.

In March 200, the duo released their debut album ‘Reflector’. Singles ‘Mascara’ and ‘Weir’ made the album a success and the album makes up an integral part of the Aussie indie music story.  ‘Reflector’ took out four ARIA awards and reached 4 x platinum status. The Hooper siblings won the critically acclaimed APRA songwriters of the year award for the album.

The album launched the band into international markets, and the Hooper siblings followed up with another two top twenty albums and four top-twenty hit singles. 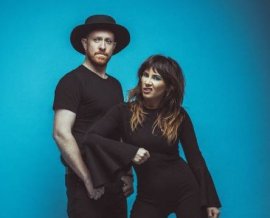