Dean Ray rose to fame after his audition on X Factor Australia. His popularity soaring after his performance of ‘Bette Davis Eyes’.

Growing up in Queensland, Dean was born into music, with his parents being musicians in the country-music circuit. Dean spent his childhood travelling across Australia with his parents.

At the age of 6, Dean learnt how to play the drums. At age 13, he learnt the guitar and began song writing, all of the skills honing Deans musical talents.

At 16, Dean left his family to follow his own musical journey, travelling and working on farms to get by, as well as performing to pay his rent.

In 2014, Dean was announced as the runner up of the X-Factor 2014 series. He has had his music play across the nation, with 13 of his songs placing in the top 200 on the Aria Chart. 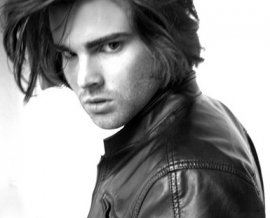