Adam Rudegeair is a musician like no other.  His eclectic exploration of the synthesis of funk, jazz and more experimental styles has resulted in smooth performances with spontaneous bursts of deep groove.

Since releasing Bayou Tapestry in 2011, Adam has been sought after to perform across the globe.  He has performed to audiences in Europe, the UK and the USA.  Rudegeair’s major projects have included his Jazz Trio and a collaboration with Jen Kingwell – Neon Bogart.  Rudegeair had a former incarnation as a radio DJ for PBS106.7FM in Melbourne where he presented the jazz show Black Wax.

As musical director on the Etta James tribute show, Heart of a Woman, Adam directed a fully sold out season at the Butterfly Club in Melbourne, which then went on to make its debut at the Adelaide Fringe Festival.  Rudegeair went on to become musical director for A Soul Séance at fortyfivedownstairs.  Combining the unique vocal stylings of Henry Maretta and Wendy Saddington it was a soul-out revue.

Lyrical, fresh, sharp, edgy, brilliant jazz that is moving and lyrical will be delivered by Adam Rudegeair’s trio. 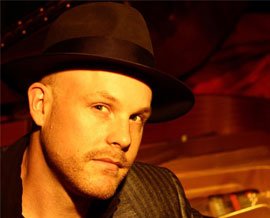