Tony Jones is an acclaimed journalist, with over 20 years’ experience the industry. Tony currently hosts ABC’s ‘Q&A’ program. He is known for his persistent and probing interview techniques as well as keeping guests focussed on the topic at hand.

Tony has been acknowledged for his incisive and probing interviewing style and his ability to retain targeted, on course discussions.

Having reported on global issues for over 20 years, Tony has a strong grasp on what is happening in today’s society, including the fall of communism in Eastern Europe, South Africa's apartheid collapse, the Taliban in Afghanistan, along with national issues such as sexual abuse in remote indigenous communities.

Tony has won numerous awards for his dedication, including a Gold Medal in the NY Film and TV Competition, a Walkley Award, as well as an Emmy Award nomination. 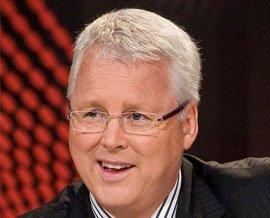