Maxine McKew is an author and Hon Enterprise Professor of the Melbourne Graduate School of Education at the University of Melbourne.

Maxine McKew is highly sought after as a public speaker and panel facilitator.  Maxine speaks on topics she is passionate about; education, national and international politics, and the challenges of the changing workforce.

Maxine McKew’s background traverses both journalism and politics. For many years she was a familiar face to ABC TV viewers and was anchor of prestigious programmes such as the 7.30 Report and Lateline. Her work has been recognized by her peers with both Walkely and Logie awards. When she left journalism and made the switch to politics, she wrote herself into the Australian history books by defeating Prime Minister John Howard in the Sydney seat of Bennelong. In government she was both parliamentary secretary for early childhood and later, for regional development and local government.

Maxine lives in Melbourne and is a director of Per Capita and the John Cain Foundation. In 2015 she was appointed to serve on the board of the State Library of Victoria and re-appointed for a further term in 2018. She also serves as a non-executive director of New Energy Solar. 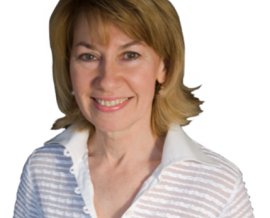