A well-known and highly respected journalist

Jillian Whiting is a well-known and respected journalist, who holds over 20 years’ experience in the industry.

Mostly known for working as a newsreader and journalist, Jillian was the main presenter on Channel Seven’s ‘The Great South-East’ and ‘Queensland Weekender’ and was often called on for ‘Weekend Sunrise’.

Off of the television screen, she has led a successful career as both an MC and facilitator, hosting events and functions across Queensland. She has even started her own media consulting business, becoming Director of ‘Media Potential’ alongside Suzanne Stark.

Jillian is suited to any role required for events and is happy to share her experiences with the audience. 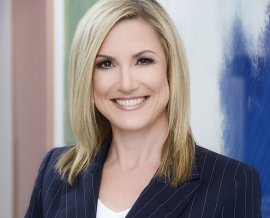