One of Australia’s most sought-after facilitators

As one of Australia’s most sought-after facilitators, Jenny Brockie has been featured on SBS TV’s ‘Insight’. On the program, Jenny actively facilitates thought-provoking discussion on a broad range of topics.

Combining her time spent on ‘Insight’ with her experience as a journalist, documentary film maker and interviewer, Jenny is equipped with the skills requires to gain important information. She has a unique ability to draw out information from people, as well as get them to engage positively with one another.

Jenny’s experience in the media spans across television, radio and print, as well as producing several documentaries, including ‘Cop it Sweet’, ‘The Devil You Know’, ‘So Help Me God’, ‘Our Street’ and ‘Bad Behaviour’.

Her journalistic work has seen Jenny earn a number of awards, including a Gold Walkley, two AFI Awards, a Logie, a Human Rights Award and two Law Society Awards. 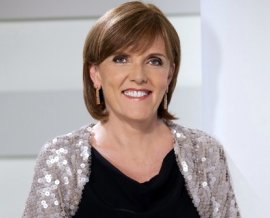