With an extensive career in journalism, Amanda Millar has expertise and experience to be media specialist, presentation trainer, communications consultant and highly sought-after public speaker.

Amanda has won several awards for her journalism skills including the Best Current Affairs Reporter three times and Best Interviewer at the Qantas Media Awards seven times. In 2006, Amanda was also the overall winner of the TV & Film Peace Foundation Media Awards.

Having hosted many conferenced and events, Amanda has spoken to some of the biggest businesses in the nation, including co-hosting the New Zealand Awards and the Qantas Film & TV Awards. She draws on her journalism and interview experience to ensure she asks the hard questions in panel discussions and deliver a flawless presentation in a professional and seamless way. 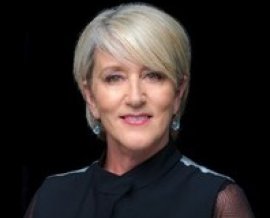