One of Australia’s most dynamic speakers and creative personalities

Samantha Wills has been in the spotlight as one of Australia’s most dynamic speakers and creative personalities since launching her self-titled jewellery brand at Australian Fashion Week in 2004, at just 21 years of age.

Tipped early on to be “Australia’s biggest export since Vegemite,” Samantha did not disappoint. With an enviable A-List celebrity client list and having offices in Sydney, New York, LA, London, Paris and Tokyo, she made history as the first Australian jewellery designer to appear on juggernaut American cable shopping channel QVC.

After 15 years, and stating that she felt the SAMANTHA WILLS jewellery brand had achieved all it had set out to do, Wills announced that she was closing the jewellery business in January 2019 to focus on her profile work as a speaker, writer and creative.

With a cult following equally for her enviable bohemian-luxe personal and interiors style as well as her down to earth voice, Wills has become bankable business for brands including American Express, Optus, Treasury Wine Estate, Westpac and General Motors engaging her as a speaker and/or brand ambassador.

Wills has many awards and accolades to her name, including being inducted in to the Business Women’s Hall of Fame for HER Business and being awarded the Women of Influence Entrepreneur of the year in 2017, a nomination for Australian of the Year in 2016 for her work in empowering women, Cosmopolitan Fashion Designer of the Year 2015 and Prix de Marie Claire People’s Choice Accessories Brand of the Year 2013.

Having been profiled by Forbes, The Huffington Post, The New York Post, The Sydney Morning Herald and The Australian, in 2011 Wills was named a ‘Break Out Star’ by The New York Times.

Passionate about supporting women in business, Wills continues her work with the Samantha Wills Foundation, and is a passionate advocate for gender equality and conscious kindness. She is writing her first book and travels globally as a creative ambassador and keynote speaker.

Samantha is a dynamic speaker and industry expert in the branding and creative entrepreneur space. Her message is relative, engaging and inspiring. 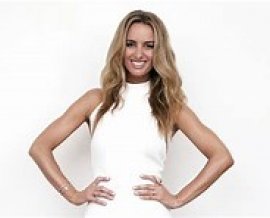