Passionate about business, brands and customers, Peter Wilkinson has over forty years’ experience in the retail sector. He has held several executive roles within some of Australia’s beloved retailers, including Target, Myer and David Jones.

Beginning his career in South Africa, Peter worked as the Regional Manager of Edgars and General Manager at Truworths, before migrating to Australia in 1977.

Whilst Peter was working as Managing Director of Target, he encountered direct competition of retail giants Kmart and Big W. He was part of the market repositioning that saw Target gain profits and helped to grow the business.

In 1988, Peter was then appointed to the Board of Coles Myer Limited. In 1991, he was appointed to Chief Operating Office, where he was responsible for annual retail sales of over $17 billion through eleven brands.

In 1997, Peter joined the remarketing of then struggling retailer David Jones. Perter spent six years at the company, successfully implementing strategies to create a stronger brand, which ultimately led to more sales and profits.

Peter currently spends his time working on several boards as well as consulting and speaking regularly.

With retail pumping through his blood, Peter delivers an educational and engaging presentation on the power good retail has on customers. He also speaks on the changes he has made to some of the largest Australian corporations that have had a positive effect, including restructuring and implementing strong communication skills. 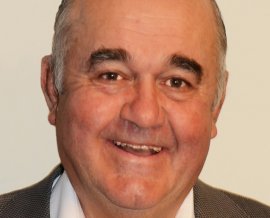