Life Beyond The Coronavirus: The Expert View

Ian Harper is a highly esteemed Australian economist who has significantly influenced the country's financial system, competition policy, laws and institutions. Over many years he has worked alongside senior members of government, banks, corporates and leading professional services firms.

A sought after commentator and public speaker on economic and financial issues, Ian is best known for his work in public policy working with governments, banks, corporates and leading professional services firms at the highest level.

Ian has been described as "one of those relatively rare academics who can communicate extremely well with both the business community and the academic community".

In July 2016 Ian was appointed to the Board of the Reserve Bank of Australia. He is a Partner of Deloitte Access Economics from 2011 to 2016 and from March 2014 to March 2015 chaired the Australian Government's Competition Policy Review, a "root and branch" review of Australia's competition policy, laws and institutions.

Currently Ian looks at our National Pandemic, the effects COVID19 will have on our economy and what the future holds. 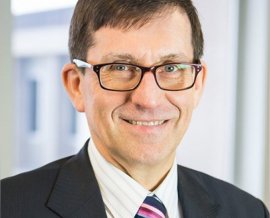