One of Australia’s most in demand acts

As one of Australia’s most in demand acts, The Groove Academy expertly combine the talents of a veteran DJ with some of the finest musicians and vocalists to produce a unique performance.

Having performed at some of the nation’s exclusive gala dinners, awards nights, media events and private parties, The Groove Academy boast extensive experience on the music scene.

Delivering a seamless blend of dancefloor anthems and pop hits, The Groove Academy offer something for every musical taste. 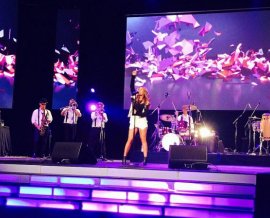