A winning combination of vocals, and jazz, soul, RNB and blues.

Phoebe Day brings her on flair and flavour to the music she performs. Boasting unmistakeable vocals, Phoebe blends old and new styles to create her own sound. Featuring sophisticated melodies, smoothing harmonies and relaxed grooves, she credits the greats in jazz, soul, RnB and blues as her inspiration.

Spending the majority of her childhood listening to her dad’s music, Phoebe was infatuated with music and sound, even beginning piano lessons at the age of five to grow her talent. Although piano was her first love in music, when Phoebe began singing that became her true love.

With an education from The Australian Institute of Music, Phoebe has developed her skills as both a singer and songwriter, ensuring her talent is the best it can be.

Phoebe has played at some of Sydney’s most established venues, solidifying her reputation within the music scene. She has worked with numerous local artists and producers as well.

In 2017, Phoebe released her debut single ‘Place in Time’. The song tells an emotional story of belonging and connection. The single receive praise from several publications and radio stations.

Opening up in her song writing, Phoebe continues to use music to explore her vulnerabilities, weaknesses and strengths, to produce emotive songs that resonate with listeners. 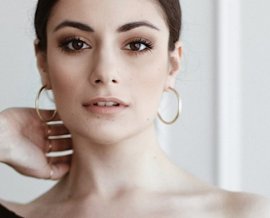