DJ Nicky G has been the pioneer of Australian female DJs

DJ Nicky G began her career as a television presenter for Channel Seven’s ‘Wombat’. She continued her career with small acting jobs on some of Australia’s most popular programs, before ultimately embarking on her singing journey.

Nicky went on to write and record music, releasing several songs, singles and music video clips. With a desire to succeed in the entertainment industry, Nicky wanted to be involved in every part possible. She performed as a singer, musician, and dancer, before being introduced to the world of DJing and producing. Nicky fell in love with being behind the tracks and soon became a familiar name in the Sydney music scene as one of the first female commercial DJs.

Combining her taste in music and flawless mixing, Nicky has been electrifying and entertaining audiences around the country. She is able to adapt her music to suit any audience, with her mixes known for being always different and custom.

With Nicky being one of the first female DJs, she faced her fair share of challenges and misconceptions, but quickly proved herself, earning the respect of not only audiences but her peers and industry promoters.

Nicky has since worked in the nightclub scene for years, as well as being a preferred entertainer for VIP private parties, corporate events, fashion shows and product launches.

As an all-rounder entertainer, DJ Nicky G is also able to act as a host and interviewer.

Her incredible journey in the male dominated music industry leave DJ Nicky with an incredible story, with her story being featured in numerous magazines and newspapers.

In her career, Nicky has worked with some of live music’s biggest stars, as well as given her the opportunity to mentor upcoming DJ’s in the art. 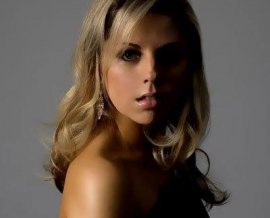