One of Australia’s premier cover bands

Halcyon is one of Australia’s premier cover bands. The band features the talent of five musicians and they cover a range of songs including classics and newer songs.  Halcyon will deliver a performance that is enjoyable for any and every audience. They are popular for any event including corporate parties and private events and enjoy getting a party started. Guests are sure to get up, dance and sing and be entertained by their impeccable talent.

Singer, actress, presenter, vocalist, model and dancer, there isn’t much Josephine hasn’t done in the entertainment industry. She has been involved in other cover bands, worked in musical theatre as well as film and television and was a part of The Wiggles at one stage

David has worked as a composer, songwriter and multi-instrument musician and is highly sought after. He has produced and performed with artists such as Paulini, Kat Vas, Sophie Serafino and many more, as well as worked both nationally and internationally.

Chris is an award-winning musician and vocalist and is often regarded as one of Sydney’s hardest working musicians. He has performed nationally and internationally, with his critically praised show touring the globe on some of the world’s luxury cruise ships.

Studied drumming in South America and toured the world aboard ships, Matt has enjoyed an interesting drumming career. He has worked with some of Sydney’s finest artists including Jay Parrino, Mark da Costa, Kyrah Cilia, Wild Catz and Let’s Groove Tonight and is considered to be one of Sydney’s most versatile and talented drummers.

Tim is widely regarded as one of Sydney’s best bass player within the cover band circuit and he has played with The Robertson Bros, Cossima Devito, Jellybean Jam, Peppermint Jam, The One Hit Wonders, Let’s Groove tonight and Grover as well as many more. 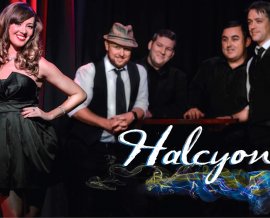