After a highly successful DJing career that has spanned 12 years and numerous appearances around the globe, DJ Cadell is much liked and widely respected by his loyal followers and respected by other industry professionals. Voted as one of the top 50 in last year’s In the Mix national DJ poll, and with regular gigs throughout Australia and overseas, Cadell is a DJ in constant demand.

Sets alongside the likes of Roger Sanchez, Basement Jaxx, Jay J, Bodyrockers, Smokin Jo, Wally Lopez, Adam Freeland, Chuck Love (to name only a few) and events such as Pacha @ Home, Mobile Home and Welcome 2000 under his belt, are testament to the respect he has from his peers audiences alike.

His past and present residencies have covered some of the highest profile and widely lauded venues such as: Home, YU, Sounds on Sunday, Tank, Dragonfly, Soho Bar and many others. He has also plied his trade for the likes of Coca Cola, Citibank, Qantas, Zanerobe and Fashion Week. Despite an extremely busy schedule, Cadell also tours throughout Australia in cities including Melbourne, Byron Bay, Perth, Hobart, Newcastland the Gold Coast. Internationally his craft has taken him to Ibiza, Croatia, Hong Kong and Malaysia, as well as Bali’s famed Double6 and numerous gigs in Auckland, Wellington and Christchurch in New Zealand.

Cadell’s involvement in the Sydney scene is not limited to just clubs, he has also worked at two of Sydney’s leading record stores – One Stop Deejay and Savage Records, heading up their A&R and customer relations. This vast experience has culminated with regular spots on radio where he held down a show on 99.3 New Wave FM, which went out to over 100,000 listeners and Rhythm FM. Also on the other side of the decks he is a member of the Aria group of DJs that make up the national Aria club chart on a weekly basis and he is also involved with Channel V on numerous occasions. 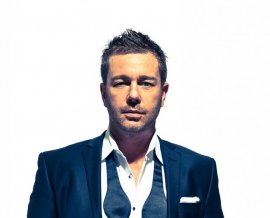