With a reputation for playing classics and chart-topping tunes, Carneval Strings have established themselves as strong musicians in the entertainment industry. Over the past 15 years, the band has played across the globe, including in Europe, Japan, Singapore and South Africa.

Carneval Srings have toured with some of the most well-known Australian artists, including Gotye, Lior and Anthony Callea. They have performed live at festivals and large events, including at the Aria Awards, the Australia Day Live Show, the Falls Festival, Homebake, Triple J Live at the Wireless, Splendour in the Grass as well as many more.

Carneval are also a regular musical support act for television programs, including for ‘The Footy Show’, ‘Dancing with the Stars’, ‘Australia’s Got Talent’, and ‘Hey Hey It’s Saturday’. Their music has also been featured on television commercials and films.

The musicians that make up Carneval have also had experience performing with music’s biggest stars, including Hugh Jackman, Kanye West, and Barry White, as well as performed in musicals ‘Aladdin’, ‘The Book of Mormon’ and ‘The Sound of Music’.

With an ability to play a wide array of music, Carneval Strings are the ideal musical performance for any event. 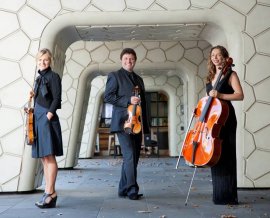