Paula Parore first came to fame in the 2012 series of The Voice where she blew away the judges with her powerful rendition of Adele’s “Don’t You Remember”.

Paula has co-hosted a music segment on The Couch (A Foxtel series on Aurora Channel) and has also appeared on telethons.  Paula was booked to sing the New Zealand National Anthem at the Bledisloe Cup in Sydney and in Brisbane.  Paula is also the dulcet tones behind the Channel 7 news theme, “Nobody Knows News like 7”.

Ceelay Petera has appeared in feature films, musical theatre and television in his native New Zealand and now bases himself in Perth and performs with “The Dulcitones” and Indigenous Motown group.

AViiDA will wow your audience with their powerful range, amazing depth and soul. 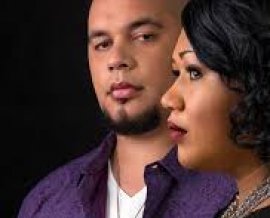