Labelled "The Future Of Funny"

Tommy Little is fast becoming a popular comedian both on stage and on screen. His smart and witty remarks keep audiences engaged and leave them feeling entertained long after the performance has concluded.

Kicking off his comedic career in 2008, Tommy put forward his interest in writing for Channel 31’s Studio A. Two years later, when the main host left the show, Tommy was offered the role. This launched his television career and led him to interview Glenn Robbins, Lachy Hulme, Josh Thomas and Charlie Pickering.

In 2009, Tommy debuted his own show 'Getaway' at the Melbourne Comedy Festival, which detailed his attempts of creating his own travel show.

Since then, his reputation as a comedian has been building and has seen him perform a number of shows including 'Tommy Little Has No Answers' and 'A Fistful of Apologies'.

Away from the stand-up shows and comedy festivals, Tommy's skills have been featured across television including Channel 9’s Spring Racing coverage, The As of Late Show, Mornings with Kerri-Anne and Channel Ten’s 7PM Project. He has also dabbled in radio, making regular appearances on Nova’s Launchpad and performing stand-up comedy on Hughesy and Kate’s Melbourne Nova Breakfast express. He also produced a podcast alongside Dave Thornton, titled Slapbang Radio.

Most recently, his engaging comedic skills has seen him become host of Comedy Channel’s new program ‘Whose Line Is It Anyway?’ and Season 4 of the Just for Laughs Australia stand up..

With a natural ability to connect and maintain an audience’s attention, Tommy Little is suitable for presentations at any event. His vibrant personality and hilarious jokes are sure to be remembered by every audience member. 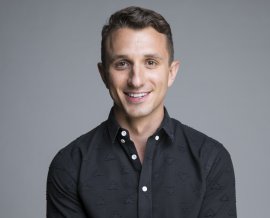