One of Australia's best live stand up comedians

As a former Banking and Finance Lawyer, James Smith was introduced to comedy and public speaking whilst in Law School. Deciding to make the switch from the courtroom to the stage, James made his presence felt, and became a professional comedian.

First introduced to the US comedy circuit at the Montreal ‘Just for Laughs’ Festival, James quickly became a hit, and amassed fans from across the globe.

James has appeared on numerous shows across an assortment of channels, including Comedy Central, ABC, TBS and HBO. He has appeared on several talk shows, as well as performed nightly at the world-famous Comedy Cellar, following in the footsteps of famous comedians Chris Rock, Louis CK, and Jerry Seinfeld. 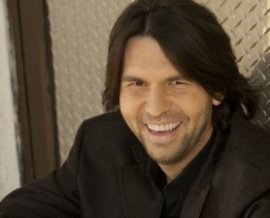