Hamish and Andy are Australia’s most popular media performers and their talent as entertainers, writers and comedians have made them relatable and successful with audiences.

The pair met whilst studying Commerce at University 10 years ago and immediately became best mates. They began presenting a radio show on the Student Youth Network and a television show titled Radio Karate.

They were then invited to host a radio show on HIT Network, to which they titled the Hamish and Andy Show. It was on every weekday during drive time and became the highest-rating radio series in Australian history. Over 2.5 listeners tuned in weekly and they pair held that audience for four years before continuing onto to their other ambitions in 2011.

Hamish and Andy desired to move onto television and began entertaining audiences with their global travels. Their show ‘Gap Year’ follows their travels from New York, United Kingdom, Asia, South America, India, New Zealand and Europe. The program was so successful with audiences that the boys received three Silver Logies for the show, and Hamish personally received a Silver and Gold Logie.

The duo has also gone into podcasting, holding their comedic reign. They have topped the iTunes charts as the Number 1 Australian radio podcast as they averaged 240,000 downloads per month. In 2008 they released the ‘Unessential Listening’ CD which went Platinum and sold over 100,000 copies. Two years later they released another CD titled ‘Celebrating Over 50 Glorious Years’.

Receiving excellent reviews no matter what the boys do, Hamish and Andy are highly sought after and enjoy making audiences laugh. 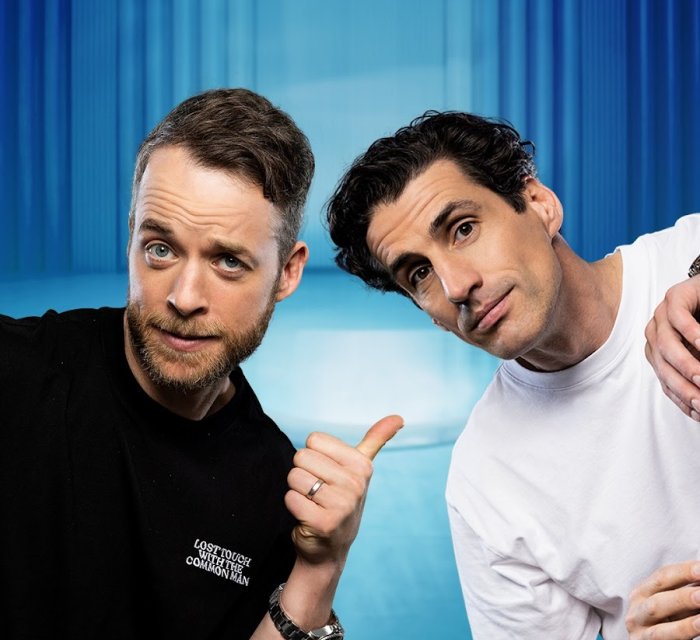