A much loved character in Australian Entertainment

As the character of broadcaster and entertainer Mark Trevorrow, Bob Downe is a beloved comedy character.

Beginning his career at the gae of seventeen, mark went on to found cabaret comedy group The Globos. He then formed a comedy duo in with Cathy Armstrong, where the character of Bob Downe was born.

Releasing his debut album in 1996, Bob Downe has since published a book, and become a regular host of the Sydney Gay & Lesbian Mardi Gras Parade broadcast.

In 1999, Mark was awarded Cabaret Artiste of the Year and received the award again a year later. 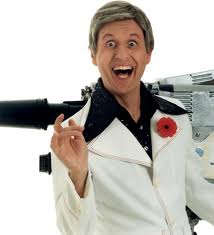