Duncan Armstrong is an Olympian, television and radio presenter, MC, public speaker, dedicated charity worker and also a Husband and Dad of 5 kids.

Duncan became a household name at 20 with his upset win in the 200 freestyle at the 1988 Seoul Olympics. Duncan’s win was Australia’s 100th medal in Olympic competition and broke the World Record.

Coached by the unstoppable Laurie Lawrence, Duncan’s success in the pool led him to become Young Australian of the Year and honoured with the order of Australia medal and the Centenary Medal.

Since retiring from international swimming Duncan has enjoyed a range of different careers. Hosting television shows and anchoring Olympic and Commonwealth Games Coverages. Long term Partnerships with some of Australia’s biggest corporations including Telstra and Westpac. Motivational and Inspirational speaking. Leveraging his name and image in endorsement partnerships. While his latest career sees Duncan owning a residential construction franchise in Brisbane.

Clients invite Duncan back regularly as he genuinely is a ‘people’ person; he is available as an MC, for keynotes, as a workshop facilitator and as a wonderful after dinner speaker/entertainer.

If you would like to enquire about booking Duncan Armstrong or for further information please contact one of Keynote Entertainment’s consultants on 1300 661 904 or info@keynote.net.au and we will be happy to assist you. 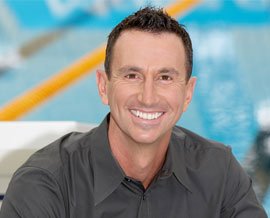