Delivering practical strategies that will have an impact

As a dynamic and engaging speaker, Blake Beattie is a passionate individual who will impress any audience he is put in front of. He is a facilitator, published auathor and successful managment consultant. Blake covers specific areas of peak performance, shifting mind-sets, overcoming obstacles, motivaton as well as may other topics. He aims to motivate and inspire his audience to perform to the best of their abilities.

He was recognised by the Queensland Premier at Parliment House, as being one of the next generation leaders in Australia.

Blake holds several years of experience sitting on boards, as the Vice Chairperson of the Life Changing Experiences Foundation and the New South Wales President of the National Speakers Association of Australia. He also founded the internationally recognised 'Pay It Forward Day', which has inspired and continues to inspire acts of kindness around the globe.

His first book, 'Bullseye', was named as one of Business Review Weekly's must read business books and it was also included as part of the Times Lifestyle Series in India.

Working extensively with top leadership teams, Blake help them to develop and apply positive and balanced business strategies, to ensure success. For the past several years, he has worked with Quest Worldwide where he managed highly successful teams and help to build businesses.

Blake's skills and knowledge have been shared via the media including features on radio and television.

Holding several degrees and diplomas, including a Graduate Diploma in Business Administration, Blake is also a qualified Neuro Linguistic Programming Practitioner, Timeline Therapist, DiSC accredited and has several Level 1 coaching qualifications. He has been a lecturer at the Sydney Institute of Technology in Management.

As a speaker, Blake has presented at a number of events including Asia's largest Human Resources Summit. He has also stepped in as an MC for a multitude of events including Get Active in Sydney, Melbourne and Brisbane, The Day of Inspiration, The Ashes Test in Sydney and Community Aid Abroads Oxfam Trailwalker.

A passionnate individual who aims to deliver positive results, Blake Beattie utilises practical strategies that will see a change in your company. 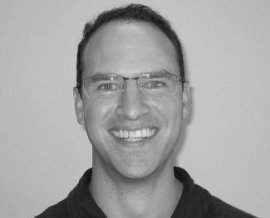