Matthew Evans once trained as a chef and worked as a high profile restaurant critic, then threw it all away to become a smallholder in Tasmania’s peaceful and picturesque Huon Valley. He lives and works on Fat Pig Farm, where the namesake pigs free-range on pasture, heritage apples ripen on ancient trees, where he has a small market garden and tries to entice milk from a recalcitrant, dairy cow. Matthew hosts regular Friday Feasts at the newly built dining room on Fat Pig Farm where visitors can taste the fruits these labours southern Tasmania’s first farm to table restaurant.
Matthew is the presenter of the popular Gourmet Farmer on SBS. A spin off series, Gourmet Farmer Afloat, aired in early 2015 and charted the history of Tasmanian produce, from the deck of a 40 foot yacht whilst circumnavigating the island. He is also the presenter of Whats the Catch, an eye-opening documentary into the truth behind Australia’s seafood which first aired on SBS in late 2014.
Along with the show, he became a consumer advocate, launching a campaign to change seafood labelling laws so we can all know what we eat. For the Love of Meat – a three-part documentary series for SBS, continues this advocacy, focusing on Australia’s meat industry.

Matthew is the author of eleven books on food, including the authoritative Real Food Companion, and his latest book on pickling and preserving, Not Just Jam. He has co-authored two books with Nick Haddow and Ross O’Meara, The Gourmet Farmer Deli Book and The Gourmet Farmer Goes Fishing. 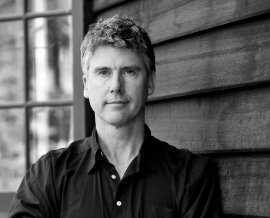