Luke Nguyen realised his dream at 23, opening his first restaurant, Red Lantern along with his sister Pauline Nguyen and  Mark Jensen.  Backing up the success of Red Lantern, the trio opened Red Lily Cocktail Bar and Red Lantern on Riley.

Four cookbooks went on to become best sellers; Secrets of the Red Lantern, The Songs of Sapa, Indochine and Luke Nguyen's Gretaer Mekong.

In 2013 Luke became judge and host of MasterChef Vietnam.  Television series, Luke Nguyen's Vietnam and Luke Nguyen's Greater Mekong have been screened in 150 countries across the globe.  Due to his success Luke has been inducted into The Sydney Morning Herald's Food Hall of Fame. Luke has also appeared on; Gordon Ramsey's Great Escape, MasterChef Australuia and Destination Flavour. 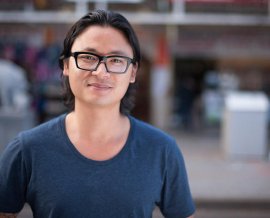