An innovative chef who works to inspire the lives of others

Glenn Flood is a dynamic and innovative chef who works to inspire and improve the lives of others. His continuous passion for food has seen him work with some of the biggest chefs in the business and work on several food shows including ‘MasterChef’ and ‘Jamie’s Kitchen Australia’. Glenn speaks professionally and demonstrates his sincere passion for all things food and how it changes people’s lives.

Working with Tobie Puttock and Jamie Olivier, Glenn helped to inspire disadvantaged youths through a program at Fifteen Melbourne. As Training and Development Chef, he worked to design and implement a unique training program that would teach young people the skills required to be a chef whilst improving other aspects of their lives.

In 2011, Glenn joined the MasterChef kitchen team as a Food Producer, where he was involved in the recruitment of the three judges, Gary Mehigan, George Calombaris and Matt Preston, whilst setting challenges for potential contestants. He worked on Season 3 of the program with the aim to raise the television show to new standards and achieve high rankings within Australian television history.

The success of MasterChef prompted the development of MasterChef Junior which saw children between the ages of 8-12 with a strong passion for food, develop their culinary skills and compete. Glenn worked within the recruitment process of contestants, set challenges and mystery boxes and ensured the safety and skillset of the young cooks.

Using his impressive skills as a Chef, Glenn works to educate his audiences about the positive impact food has on lives. He has presented to government bodies, philanthropy organisations, corporate and private groups. His talent has also been featured on several television programs including Channel 10’s ‘9am with David and Kim’, Channel 7’s ‘Coxy’s Big Break’ and the 7pm project, as well as radio programs and newspapers. 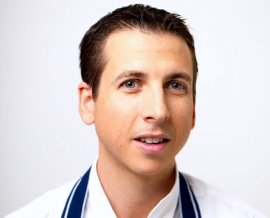