In 2012, Andy was set to become a qualified electrician. However, a dare from one of his friends changed his life when he entered Season 4 of MasterChef Australia.

Before MasterChef, Andy taught himself to cook by watching various food shows. He often spent his weekends hosting a barbecue or lunch for his friends. In addition, Andy developed a strong passion for all things seafood during fishing trips with his family.

During his time on the show, Andy used every opportunity to grow and hone his skills by researching and watching his fellow contestants. This experience allowed Andy to realise his great passion for food. After an intense eight months of training and practising, Andy was crowned the winner of MasterChef Australia Season 4 and gained an appetite to continue improving and learning as much as he could.

Since then, Andy has continued to push himself further and has dabbled in personal catering.  He published his first cookbook, The Next Element, in 2012 and worked as a part-time cook in a vibrant Sydney restaurant, Three Blue Ducks.

Andy quickly fell in love with the fast-paced team environment of the kitchen. So much so that in 2016, he and Three Blue Ducks opened a new venture in Rosebery together. From Head Chef to Co-Owner of the entire restaurant group, Andrew dedicated himself to his work and threw everything he had into his roles.

Since then, Andy and the Ducks have opened restaurants in Byron Bay, Brisbane and Melbourne.

Before becoming a MasterChef Judge in 2020, Andy already had experience in presenting television shows. He previously joined fellow MasterChef Australia alumni Ben Milbourne in Andy and Ben Eat Australia, and Andy and Ben Eat The World. He has also co-hosted Farm To Fork and Three Blue Ducks for Network 10.

Andy is passionate about sustainability, and his love for food revolves around knowing where his produce comes from and ensuring that each dish is bursting with flavour.

When he is not cooking, Andy enjoys sport and has even represented Australia in basketball. 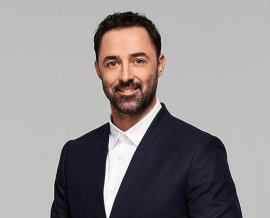