Toni is an comprehensive actress, singer and presenter who most not too long ago played the role of Tilly Devine in an Episode of Crime Channel’s difficult Nuts.

Toni’s television credits embrace Beth Armstrong in dwelling & Away, Justine in instantly, Jenny in JAG, Toni Windsor in E-boulevard and Patty Morrison in a rustic observe. Toni also made a guest appearance in Tom Hanks and Steven Spielberg’s The Pacific.

Toni has had movie roles in the Australian characteristic films All men are Liars and On the lifeless facet in addition to on the united states manufacturing Colin Fitz Lives!

Toni has additionally regarded on stage with Perth Theatre Company’s stories from Suburban Roads and at Brisbane’s Lyric Theatre in Return to the Forbidden Planet.

As a presenter & persona Toni used to be the host of the massively successful Australia’s Funniest house movies for over four years after which took to the ground in Channel Seven’s Dancing with the celebrities. Toni has hosted numerous tv programmes together with purple music tv, Video Smash Hits, Coca Cola Take forty and in addition featured in celebrity Circus and Abbamania (9 network). 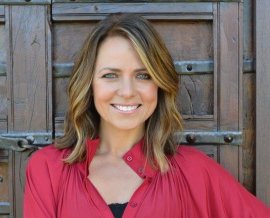