Forged one of the most diverse and successful entertainment careers

‘Aussie Action Girl’and ‘Bollywood Star’ Tania Zaetta is an Australian household name thanks to her achievements around the world. With her tireless energy, enthusiasm and professionalism Tania has forged one of the most diverse and successful careers in Australian entertainment over the past 15 years.

The show aired in over 80 countries, where hundreds of millions of viewers watched her face her biggest fears to complete in a series of life threatening dares and stunts. New versions of the original hit action show,‘Who Dares Wins India Specials’ and ‘Extreme Dhamaka’ were filmed in India with Tania and Mike, where the show attracted more than 50 million viewers each week.

A career highlight for Tania was then landing the role of Kendra (the tri-athlete and one of six leading roles) in the world’s most watched TV series ‘Baywatch’.

With India calling, Tania turned her attention towards breaking into the world’s largest film industry – Bollywood. She relocated to India and not long after achieved leading roles in 4 consecutive hit films earned the title ‘the first foreigner to conquer Bollywood’.

For her role in the hit film ‘Salaam Namaste’ she was presented with an Indian award for ‘Best Debut Performance’. With viewers reaching over 2 billion worldwide; this blockbuster film became the most popular and highest grossing Bollywood Film ever shown in Australia and is still aired continuously on SBS.

SKY 1 UK then relocated Tania back to the UK to host her own Prime time Action Show ‘Mission Implausible’ where she performed stunts and challenges competing against English Race car driver Jason Plato – now in repeat mode airing in the UK on SKY2 and throughout Europe, Asia and the Middle East on the Discovery Chanel.

Tania appeared in Season 3 of Australia’s ‘Dancing with the Stars’, and in 2012 the 2nd Season of ‘Celebrity Apprentice’ alongside her former Baywatch Star David Hasselhoff.

In 2012 she was also chosen to host/interview Kim Kardashian in her only public appearances before thousands of screaming fans chatting about health, beauty and fitness, and 2013 Tania was asked back to host and interview ‘live’ on stage 'The Graduate’ star and fashion icon Jerry Hall.

Now based back in Australia, Tania is a regular celebrity guest on Ch.7’s ‘Sunrise Show’ discussing topical news and current affairs events on ‘Kochies Angels’, as well appearances on various other Australian TV shows, a freelance writer and Breakfast Radio Host fill in. 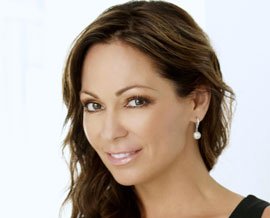