One of Entertainment's most charming media personalities

Nelson Aspen is one of Entertainment's most charming personalities in TV, radio, print and on-line. For three seasons, he was the Hollywood Producer/Reporter for TV GUIDE TELEVISION and frequent guest star on everything from celebrity news and talk shows to sitcoms and travel programmes.
Nelson has contributed to a vast array of media outlets, including news magazines Extra, Acess Hollywood and Inside Edition,  and eight years as RTE Ireland's Afternoon Entertainment Guru.
Nelson has spent well over a decade with Channel Seven's breakfast show "Sunrise" as their Show Business Editor, bringing the latest in entertainment and pop culture to millions of viewers around the world, every morning. His bi-coastal status, bouncing between Tinseltown and Manhattan, gains him access to the hottest stars and scoops.
In addition to his successful presenting work, Nelson writes for several international publications and privately coaches celebrities and other media professionals for interviews and public speaking appearances. Nelson is a frequent emcee, speaker & panel moderator for star-studded events such as film festivals, book launches.
Outside of the entertainment industry, Nelson is an avid sportsman, novelist and cabaret performer. Over the years Nelson has released many best-selling books. His latest book, "My Prime Time," came out to coincide with his return to the musical theatre stage at the Adelaide Cabaret Festival. With over 30 years experience on the cabaret circuit (New York City "Easily Influenced" at Don't Tell Mama's and Los Angeles "Wake Up with Nelson" at Masquers) Nelson’s passion for performing is evident with his trips to Australia to perform at sold out venues and most recently at the famed Sydney Opera House.
His 2017 cabaret offering "Full Circle" played to Standing Room Only crowds in NYC, LA and Philadelphia which he has followed up with similar success in 2018 with "Just in Time," culminating in his West End debut in October 2018.
2019 is gearing up to be another exciting year for Nelson. Celebrating his 16th anniversary with television show Sunrise, Nelson will be heading back down under for a series of cabaret performances and Aussie audiences couldn’t be more excited! 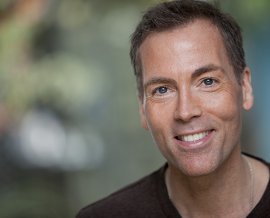