Best known as host of the SBS hit TV program ROCKWIZ, Julia’s corporate hosting and MC work is in constant demand. Julia is a regular MC and debater in the corporate arena, a role she adores.

In the past, Julia has been a regular panellist and debater for Good News Week (ABC TV) and was as a performer/writer on the sketch comedy show Totally Full Frontal, playing over 30 characters during 2 seasons. Recent comedy work includes the Bosnian host, Bronya in Eurobeat - The Eurovision Musical, and Sally-Anne De Finklestein in Spontaneous Broadway (Burberry Productions).

Other TV credits include Ten’s hit show 'Thank God You’re Here', 'It Takes 2' and co-hosting 'What a Year' with Bert Newton. Julia graced the stage in Spontaneous Broadway, Goodbye Vaudeville Charlie Mudd, and hosted Eurovision live from Moscow. Earlier this year, On Radio, in 2007/2008 she could be heard daily on The Jonathan Coleman Experience with Julia Zemiro.

Most recently, Julia was the host of 'All Together Now', an Australian singing competition show with 100 expert judges. 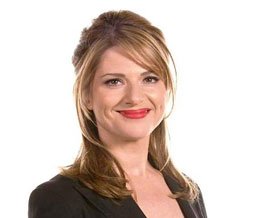